All about the first payout, sources of income and future plans! 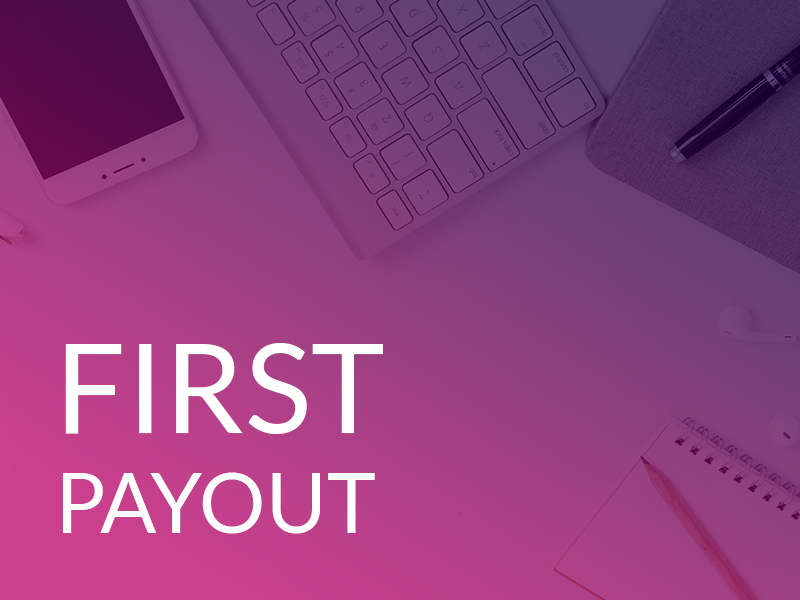 As of today, fanvestors, who have made a purchase, can see how their initial fanvestment has performed. To make everything understandable, we have conducted this blog post covering all the questions you may have regarding the payout, sources of income and future plans.

- The reasoning behind chosen payout date

Why didn’t we make the first payout sooner?

The money for the songs comes from five different sources and in different times.The numbers for the fiscal year clarify by the next year's June. For example, the first project with Tanel Padar was launched on March 30, 2017, and the latest data for 2017 arrived only last week. As some of the projects, in specific Justs, Liis Lemsalu and Arop, were launched at the end of 2017 or in 2018, these projects did not receive royalties for a whole year, but only for few months.

Where do the royalties come from after all?

Royalties from the year 2017 were collected from the following sources:

Estonian Association of the Phonogram Producers, Estonian Authors' Society, digital distributors and from the synchronisation deals (for example, advertisement deals with the songs). Digital distributors usually transfer the money for each month. On the other hand, the royalty earnings from foreign collecting societies arrive typically only once a year. Therefore, even now, some of the earnings have not been reported yet. Although Fanvestory cannot predict the exact future value of the songs, all fanvestors are guaranteed a fair amount of royalty payouts – for each purchased percentage, the same percentage of royalties will be distributed to fanvestors. Fanvestors receive the payouts for the previous period, which includes all the amounts Fanvestory has received during that period.

Do I have to pay taxes?

It does not matter whether you have made the fanvestment through company’s or your personal bank account, the income tax will only be applied after your return on fanvestment exceeds the initial amount. For example, if you fanvested 50€ and receive 30€ as of right now, you don’t have to worry about taxes. Fanvestory will inform all fanvestors when the initial amount is surpassed.

What will the future bring?

We want to focus on building fan experience, where money isn’t the only aspect. The results of our recent questionnaire suggest that we have a lot of fans on the platform, who would like to connect with artists in other ways than to just receive the percentage of artists’ future royalties.

We found out, that it is highly requested to have an opportunity to buy favourite artist’s alternative projects, for example merchandise, which we are already working on implementing. Fanvestors can also expect more signed products, concert tickets and exclusive offers designed specifically for our fanvestors. So, stay tuned for new projects being launched next month!